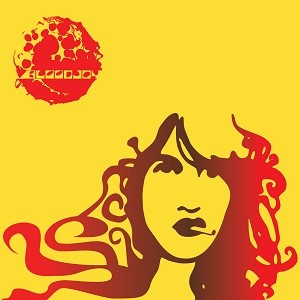 Rhys Bloodjoy is a one man noise machine, using sophisticated loops, echo drenched harmonies and reverb soaked melodies to create a truly unique blend of Cold Wave and Psychedelia. Dubbed by the Manchester Evening News as “lo-fi brilliance”, the Bloodjoy experience was born in the underground scene in 2014, Rhys has gained in strength and stature, honing his sound to create soundscapes that result in electrifying live performances. Backseat Mafia confirm this when they say, “he’s not just one to watch, he’s one to absorb.”

The journey so far saw Bloodjoy release his AA debut single ‘Broken Window/Scandinavian Girlfriend’ on DIY label Sister 9 Recordings in December 2015. This sold out 7” blood red vinyl single was mastered by Sonic Boom. Shortly after a successful 10 date tour of Spain First EP Psyche Attack Theories was also released by Sister 9 Recordings in December 2016 The EP came in the form of a limited edition download digipak, complete with unique artwork and lyrical content.

The concept behind the EP was regarding the fact that unseen, dark forces can play havoc on the human psyche, it was lauded as “brilliantly dark and raucously noisy”. Love Is a Fucked up Goddess – Part One was Rhys’ second EP released on Eggs in Aspic on limited edition cassette which sold out almost instantly. The release received critical acclaim and was praised as “a shadowy tapestry that’s all at once darkly set and kaleidoscopically mesmeric’.

The end of 2017 saw Rhys retreat into the Spanish mountains, before returning this Spring with Love Is a Fucked up Goddess – Part Two released via Eggs in Aspic and completes the dark duo; this release also sold out. This brings us up to date and confirms the announcement of the vinyl release of Love Is a Fucked up Goddess – Parts II & I, which features both EPs in full and additional bonus tracks. From the hypnotic, pulsating vibes of ‘Silver Lips’, through to the menacing darkness that exudes from ‘A Banshee’s Lament’ this collection of tracks has something to suit every palette and will attract a new audience into the world of Bloodjoy as well as honour the faithful. Lead single ‘Polly Brown’ will propel the release, with its characteristic onslaught of sound that instantly leaves you breathless and compelled.