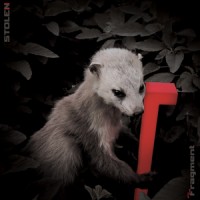 Stolen emerge from the new world and ready to rock your all nite techno-rock discotheque!

There's a definitive 'proggy' lean to these detailed sonic canvasses, with dynamic shifts, proper verse-chorus structures and a sprawling, quite cinematic take on the whole 'techno-rock' cannon.

Produced by Mark Reeder - ex-Factory Records rep and an important producer from Berlin's embryonic period when punk, techno and a DIY sprit encompassed the city; he's joined by a group of Chinese musicians who make up Stolen. Directed by Liang Yi, the sextet has a dreamy trance-like sound and focuses on translating into sound the social aspects of life in China. Their songs seem like anthems for a lost damned generation with ironic hints on socio-political aspects of living in China and a radiography of Chinese society.

'This is the Chinese musical underground at its raw beginnings and we hope you will join and celebrate with us, this great new band from China and help them to open up a brand new playing field for us all...Stolen are not only spearheading a new generation of creative Chinese bands, they are changing the face of chinese music... and the sound of MFS.' - Mark Reeder (MFS)