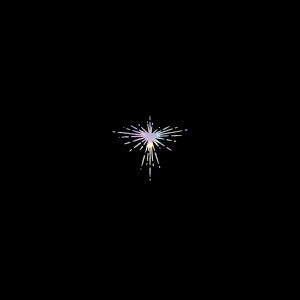 Karen O says:  “After making music for the past twenty years and embarking on making this record with Danger Mouse I knew a couple things: one was that the spirit of collaboration between us was going to be a pure one, and two was that the more I live the less is clear to me. When you create from a blurry place you can go places further than you’ve ever been. I think we both were excited to go far out.”

Andy says: The voice of the Naughties teams up with the producer to the (cool!) stars and the result is stunning! Karen O has been rather quiet lately. Her lo-fi solo record ‘Crush Songs’ (2014) was preceded by the least interesting Yeah Yeah Yeahs record so far (2013's ‘Mosquito’) so it’s really refreshing to firstly hear her in a new context, and secondly, singing some flipping good pop songs again. The title of this record loosely translates as “luxury first” and yes, it does what it says on the tin! Dangermouse mines a similar sonic seam to his cinematic soundscapes with Daniel Luppi (2011’s ‘Rome’) whilst of course staying true to his downtempo template. But with sweeping strings and beautiful blends of funk, pop, soul and disco, all luxuriously spacey and deliciously swoony, you’ll be in for a nice surprise: the mix with Karen’s distinctive voice really does work. She’s never sounded better.