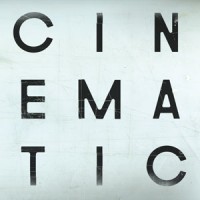 In 2019 it is easy to see the band’s influence, jazz is all around us, London and LA have recently produced scenes more prolific than anyone expected; Kamasi Washington has been nominated for both Grammy and Brit Awards, Sons Of Kemet a Mercury Prize, BADBADNOTGOOD provide jazz soundtracks to high fashion shows and Kendrick Lamar has put the jazz palette at the top of the charts. When The Cinematic Orchestra released their critically acclaimed debut album “Motion” it helped pave the way for this moment, incorporating as it did an interpretation that had been lacking in the oeuvre and encouraging a new generation of musicians to break rules. “To Believe” doesn’t shy away from this ethos - its articulation of the band’s unique sonic language, encompassing not only jazz but the sort of transcendental orchestration combined with the elegant electronics of artists like Ólafur Arnalds and Floating Points, artists they have helped forge a path for, has never been more cohesive and compelling.

Matt says: This year is the 20th birthday of this prestigious band who, out of the fertile soils of UK jazz, hip-hop and electronica, have grown into a much-celebrated household name. What better crown to mark the end of their teens than ‘To Believe’. With another ambrosial list of vocal collaborations, its (notably) reduced number of tracks and a huge injection of neo-classical nuances, it aims its bow directly at the heart; a body of work that seems to exist and transmit out of a heavenly and divine realm. The band employ a beguiling tapestry of organic and electronic instruments, samples and improvisation throughout. There's a deliberate and considered higher consciousness to the entire album, like it's whispering into your ear late at night between the pillows. Sometimes like a snow-dusted fairytale with its highly cinematic string arrangements, at other's deeply introspective; it's the message that matters after everything else is removed, and on ‘I Believe’ we receive it with a fragile yet focussed intimacy.