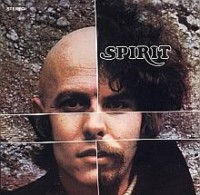 Spirit’s eponymous debut album shows their versatility, proving to be a blueprint for subsequent releases such as The Family That Plays Together and Twelve Dreams Of Dr. Sardonicus. With fuzz guitar leads, sitars, clavinets, intricate string arrangements, blaring horn sections and excellent songwriting, Spirit has it all. The album includes the track “Taurus”, of which Led Zeppelin (who once opened up for Spirit) allegedly ‘borrowed’ the riff of “Stairway To Heaven”, which was released three years later. The signature sound of the band is the combination of heavy tones, versatile drumming and unusual themes.

Under guidance of Randy California (a moniker which was given to him by the one and only Jimi Hendrix himself with whom Randy - born Randy Craig Wolfe - used to jam with in his pre-experience group The Blue Flames), Spirit was a freeform musical oddity that enjoyed huge success in the hippie Sixties and beyond. Combining Jazz, Rock, Prog, Folk and Indian influences, Spirit were unarguably the most interesting band under the Californian sun.

Spirit is available as a limited edition of 1.000 copies on transparent vinyl.