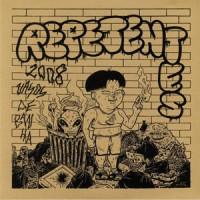 Matt says: Repetentes 2008 return after that brain fizzing EP on Future Times last year. The formula hasn't changed but they're still out there completely on their own - sounding like if James Ferraro and Stanley Clark collaborated on a new Donkey Kong soundtrack whilst on holiday in the tropics. Yes!