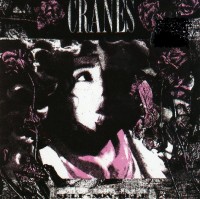 After releasing their first EP Fuse, Cranes expanded to a four-piece band and recorded Self-Non-Self. The increased textures and drum slams showing their improvements. The dark sounds are a combination of industrial and post-punk music. “One From The Slum” is an instrumental piece and one of the highlights of this versatile record. Alison Shaw’s lonely voice is setting the tone on this breathtaking album. She’s singing with deeper tones on a track like the industrial “Focus Breathe”. The re-release bonus tracks include the live song “Reach” and the rough and doomy “Nothing In The Middle, Nothing At The End”.

Siblings Alison and Jim Shaw formed the band Cranes back in 1989. They recorded several successful albums, including 1991s Wings of Joy and 1994s Loved.