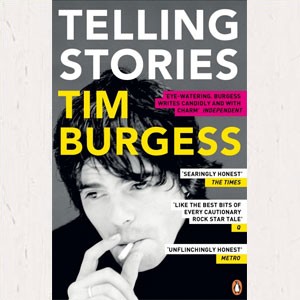 The Charlatans. Madchester. Britpop. Taking on the world. Here are the highs, the lows, the joys, the agonies, and the stories of what it's like to be in a rock band, as told by front man and survivor, Tim Burgess.

'A vivid read' Independent on Sunday

John Cooper ClarkeI Wanna Be Yours