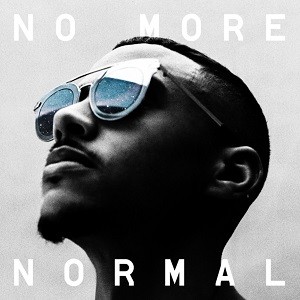 Bridging distinct but closely connected music scenes can open new possibilities. On ‘No More Normal’, Swindle confidently grasps the different sides to the UK music scene. Boasting roots in the boundary-pushing world of Grime & Dubstep, this album marks the next step in the London-raised producer’s expanded vision for his music. It fuses different disciplines together in new and electrifying ways. He connects a group of peers sharing creative common ground, one that centres around the fertile space between UK Jazz, Grime and Hip Hop. The results span from lush, strings-laden soul to voicebox-heavy p-funk – often in the course of one song. “It’s a class photo of 2018,” he says. “I need everyone in this picture.” It incorporates an all-star cast of MC’s in Kojey Radical, Ghetts, D Double E and P Money, to instrumentalists Yussef Dayes, Nubya Garcia, Riot Jazz, and singers such as Etta Bond, Eva Lazarus, Daley and Kiko Bun.

The album was built over a three year period. The opening track “‘What We Do’ became the track that set the scene for each studio session, a way of Swindle explaining what he was setting out to achieve. Featuring an (on paper) unusual combination of R&B singer Daley, Grime legends P Money & D Double E, and an opening speech from Bristol-based spoken word artist, Rider Shafique - “It describes the narrative of the record overall and helped set the agenda for what followed - I made a lot of tracks that were really good that at the end of the day didn’t fit this project”. The resulting work has a pervading sense of triumph against the odds, and a celebration of togetherness at this moment of fragmentation that manages to feel both optimistic and nostalgic. A record that could have only been made in today’s multicultural Britain. “No More Normal is the idea of us doing our thing, our way, with no rules or limitations. It is jazz influenced as much as it is grime influenced. It’s London influenced as much as it is LA influenced. I can work with D Double E and Nubya Garcia, these records are my imagination brought to life in musical form”.

Millie says: High energy Hip Hop at its finest, Swindle’s album No More Normal varies from Jazz to Hip Hop, Grime to R&B and just a bit of everything in-between. My personal favourites are ‘Knowledge’ and ‘Grateful’, articulate lyrics and boss beats create this confident and collaborative album.