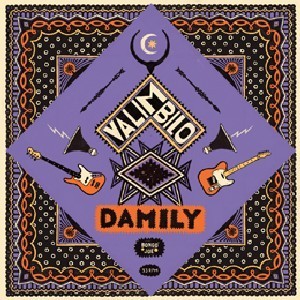 "June 2017, France. It’s 40° both inside and outside. At Studio Black Box, in the Haut Anjou, it is as if you were there, in Madagascar. And when the tape recorders start rotating, the musicians’ imagination feeds off the guts of their music : Malagasy bush, tropical heat, red dirt, sand, drought, corn, cassava, cockcrow, mooing zebus, lambahoany (fabric), leaf hut, fotaky house (mud), dust, portable generator, music, rhum, bodies frantically dancing whether in the dark or under the blazing sun…Tsapiky.

The album shall be named "Valimbilo". Bilo is a disease which strikes one’s mental health, depression is what western societies call it. When one is diagnosed with « voany bilo », a precise medical treatment is engaged and performed without doctors, nor medicine. To vanquish bilo, one has to use music. The sorcerer solely decides upon the “good” day (the day which gathers the most positive aspects of the astrological conjuncture) to operate: the extended family hosts a ceremony ruled by many taboos, which can last up to a few days, and in which only one remedy is applied in high dosage : some Tsapiky.
They are “doctor” musicians whom talent is source of the cure.
They play for the patient, who has to be facing the orchestra : all of their attention is focused on the bilo, dancing in the sick person’s body : It has to be awaken, seduced, surprised and attacked from every angle before it is pressured, pressured until KO, until it can’t take the it anymore, stuffed with music. Then the patient is relieved, discharged, and the ceremony is over.

During the entirety of the ceremony, the patient picks a person who helps him/her get the bilo out of his/her system, this is what we call “valimbilo”, literally “husband/wife of the bilo.” "

The Memory BandOh My Days

The White StripesLet's Shake Hands / Look Me Over Closely