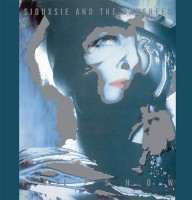 UMC are proud to announce the final batch of Siouxsie and the Banshees vinyl reissues. Remastered from the original ¼” tapes and cut at half speed at Abbey Road studios, London. Both artwork and audio have personally been overseen and orchestrated by Siouxsie Sioux and Steven Severin.

Peepshow was seen as both a critical and commercial success, Siouxsie Sioux’s voice trickling with fresh nuances, orchestration and perfected unpredictability. The Banshees for the first time were now a quintet, Klein and McCarrick joining the ranks alongside Budgie and the ever present and impervious Severin. Peepshow proved their best album in years! Singles ‘Peek-a-Boo’, ‘The Killing Jar’ and ‘The Last Beat of my Heart’ have often been cited as influencing factors in the modern pop era.

Siouxsie And The BansheesKaleidoscope - 2018 Vinyl Reissue

Siouxsie And The BansheesHyæna - 2018 Vinyl Reissue