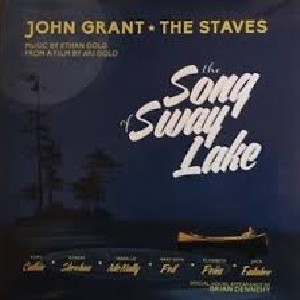 Ethan Gold’s new double a-side 7’’ single from the film The Song Of Sway Lake is a limited edition talisman from a film about characters fixated with the past, and searching for old records in a grand lake house in the Adirondack Park.

The inimitable John Grant sings the haunting, quiet moonlight Lost Record Version, arranged to sound like a small group of musicians in 1939 playing after midnight in a barn. His range as a vocalist brings a pathos and gravity that is timeless, utterly convincing as a 30s performance, filled with emotion and longing.

English sisters trio The Staves sing the brassy daylight Big Band version, arranged as if it were a pop hit of 1947, all brash tight three-part harmonies, reflecting the razzle dazzle arrogance and exhuberance of post-War America. Swing your honey around the dance floor!

These New PuritansInside The Rose