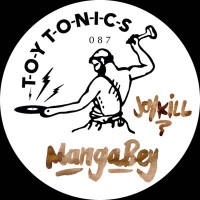 When Fouk & Glenn Astro remix a new artist you know what the vibe is: Dirty DIY house with a heavy funk vibe. Mangabey is the new kid on the Toy Tonics family and he is a master of this style. He lives in Lyon/ France (and is a good friend of Folamour who remixed his first EP on Toy Tonics some months ago). But Mangabey takes the whole new Funk-House sound to another level. While many of his colleagues work with samples, Mangabey studied Jazz piano and collects vintage synths. And so he plays most of the stuff himself and bring in a lot of personality. His works could remind the vibe of New York Soul House from the 1990ies or the sounds from the West London scene from 20 years ago, but definitely he adds a modern, edgy touch to it. Mangabey aka Jose Fehner is an interesting personality: Born in the south of France in a family of traveling artists. As a kid he has been living on a boat and in caravans, traveling France and Africa with a wild theatre collective directed by his parents who are actors. Later he went to music university and now finally, by age of 22, he lives in Lyon. Lyon is becoming France' second music town. The town that has the most vibrant club and producer scene right now. So, yes: There is a lot to come from there… a lot from Mangabey.

Sil says: Nice house tunes with a touch of flair and class unlike anything else released this week. Get's my vote!