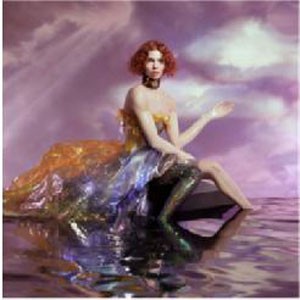 A truly divisive artist, Sophie's ascension to pop stardom has taken a focused mindset and unwavering execution. Six years on from "Nothing More To Say" and following production work with Madonna, Charlie XCX and Vince Staples, Glasgow-raised, LA-based Sophie Xeon is back with nine tracks that skirt between majestic, auto-tuned mega-ballads, monstrous glitch-pop crushers and the usual hyped up, chipmunk chatter that's graced previous work.

Taking the PC Music rocket ship (one she practically built and engineered herself...) even further than previously intended, the hyper-reality of both her personal imagine, impressive body of work and dazzling catalogue of music videos feeds back into itself perfectly, reinforcing the star-like qualities of this leftfield anti-pop princess.

She recently debuted a live show at London's Heaven nightclub, which set the press and LGBTQ+ worlds alright through its ingenious creativity, provocative nature and of course, amazingly boundary-pushing music.

Opening with the Disney-friendly, auto-tuned blue sky ballad "It's Okay To Cry" before flying into the BDSM-draped aggro-electro punisher "Ponyboy" (please do check the video for this one folks - ed), and followed by the poignant "Faceshopping", it's an arresting opening triptych which sets the tone for the rest of the album - endorphin-rushing, neon-hued adventure pop for the queer and open minded! A masterpiece make no mistake.

Matt says: One of the most important things to happen to pop music in the last decade in my humble opinion.