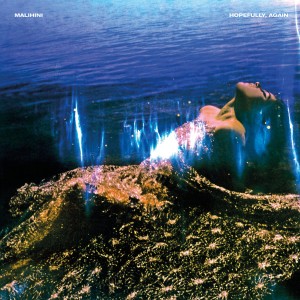 Malihini may mean ‘newcomers’ in Hawaiian, but Rome-based duo Giampaolo Speziale and Federica Caiozzo deal exclusively in the music of lived experience and time-honed emotional intelligence, their disarming musical universe never less than distinctive, yet resonating with a confessional, modern European pop sophistication of a kind elsewhere purveyed by the likes of Charlotte Gainsbourg, Jose Gonzalez and Our Broken Garden. Listening to the ten co-written songs that grace Malihini’s exquisite debut album, Hopefully, Again, can sometimes feel like eavesdropping on a couple’s intimate emotional dialogues, such is the ingenuous honesty of the duo’s writing. Yet combined with their minimal, yet opulently textured arrangements (“classic song writing matched with pared-down electronics”, according to Clash), crammed with subtle melodic hooks and an embarrassment of earworm choruses, they transform the personal into the universal with a delightfully unforced eloquence. The bulk of the writing for Hopefully, Again took place during an extended retreat on the Aeolian island of Vulcano, off the coast of Sicily. Images and atmospheres of the sea and ‘blueness’ duly permeate the album’s leanly arranged songs. Swapping these idyllic environs for Mid Wales, specifically the remote Giant Wafer studio in Powys (“it was just us and a few sheep and chickens”, recalls Speziale), the album was recorded quickly, with the duo playing most of the instruments live, abetted once again by producer Richard Formby and long-term drumming amico Alberto Paone.