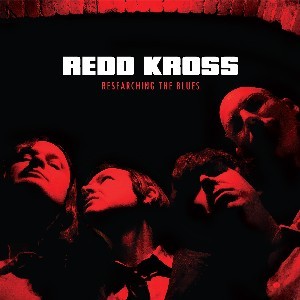 Researching the Blues features 10 songs clocking in at just under 32 minutes. With songs written by Jeff and produced and mixed by Steven, the album is by far the band’s favorite record. Steve says, “It has the most singular artistic vision of any record we’ve done. It’s just 10 really fucking awesome songs that have the ability to move you in many different ways.” Founded 34 years ago in Los Angeles during the first wave of LA punk rock by brothers Jeff and Steven McDonald (then respectively 15 and 11 years old), Redd Kross cut their teeth opening for Black Flag at a middle school graduation party. Their debut recordings caught the attention of Rodney Bingenheimer, who quickly became a fan as he spun their Ramones-inspired songs like “Annette’s Got The Hits” and “I Hate My School” on the world-famous KROQ. In 2006, Jeff and Steven announced their reunion with the “classic Neurotica” line-up, joined once again by guitarist Robert Hecker (IT’S OK) and drummer Roy McDonald (The Muffs). Redd Kross have been playing to enthusiastic audiences at sold-out select shows and festivals such as the Azkena Festival; Coachella; The HooDoo Gurus’ Invitational, “Dig It Up”; All Tomorrow’s Parties; and Pop Montréal.