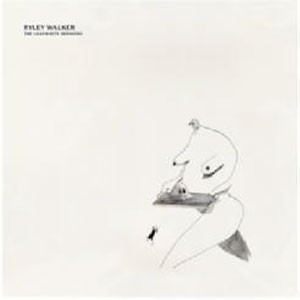 On ‘The Lillywhite Sessions’, Ryley Walker and the similarly indebted trio of drummer Ryan Jewell and bassist Andrew Scott Young cover Dave Matthews’ infamously abandoned 2001 art-rock masterpiece of the same name, a record where he and his band indulged a new adult pathos and a budding musical wanderlust.

With a delicate rhythmic latticework and vocals that ask you to lean in, ‘Busted Stuff’ recalls Jim O’ Rourke’s golden Drag City days. Emerging from a wall of distortion, ‘Diggin’ a Ditch’ becomes a power trio wallop à la Dinosaur Jr, shaking off existential malaise like twenty-something pals writing rock songs in the garage. Walker’s ‘Grace is Gone’, the most faithful take here, is a testament to his unflagging love for the music that helped make him a musician.

This end-to-end interpretation of youthful fascination is a collective reminder that we are all just kids from somewhere, reckoning with our upbringing the best we can. Walker has stepped through the door long ago opened by the Dave Matthews Band to find a world teeming with musical possibilities. On ‘The Lillywhite Sessions’, he has, in turn, created his own.

Barry says: As well as being a VERY good follow on the ol' Twitter, Ryley Walker is also a superb chap and undeniably brilliant songwriter and musician. Although the songwriting doesn't really get a look in on this release (it being entirely covers), it is clear that his laid-back style and impeccable vocal performance is only improving. Even if you've never heard this Dave Matthews Band release before, I implore you to hear Walker's take on things. Stunning.