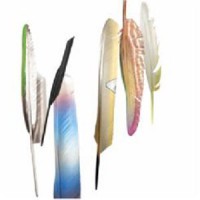 XL Recordings release ‘Spoken By The Other’, the first release by Powell Tillmans. It’s a collection of recordings from two of the most interesting artists in Europe and one whose short length belies its radical tenderness, sonic language and political ambition.

The first part of the partnership is Oscar Powell, the London-based electronic musician. The second is Wolfgang Tillmans, the Turner Prize-winning fine artist and musician who lives between Berlin and London.

After 25 years away from music-making, Tillmans began releasing his own vocal-led electronic tracks in 2016, with a series of EPs and collaborative visual mini-albums, with one track closing Frank Ocean's Endless album. Powell, meanwhile, has been releasing music since 2011, on his own label Diagonal and XL, drawing from the history of machine music to create a bold new language. They met at the Tate Modern, where Tillmans was programming a series of performances to coincide with his 2017 exhibition. Quickly the conversation turned to talk of a full collaboration and following Tillmans’ video for Powell’s track ‘Freezer’, over the summer they got into the studio to begin making music.

Recording took place in Berlin, London and Turin, with Tillmans’ vocals working in tandem with Powell’s synthetic processes. Rather than a simple producer-vocalist arrangement, explains Powell, “Wolfgang’s voice and my sounds drive toward some sort of shape or feeling together.” These tracks were workshopped live at European festivals Atonal and Club2Club in the second half of 2017 and with no small number of emails and voice files exchanged, these ideas evolved into the final release this year.