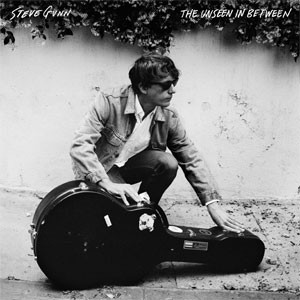 FOR A LIMITED PERIOD ONLY BOTH ALL FORMATS INCLUDE A FREE CD BONUS DISC, 'ACOUSTIC UNSEEN' (TRACKLISTING BELOW).

For over a decade, guitarist/vocalist Steve Gunn has been one the American music’s most pivotal figures-conjuring immersive and psychedelic sonic landscapes both live and on record, releasing revered solo albums ranking high on in-the-know end of year lists, alongside exploratory collaborations with artists as diverse as Mike Cooper, Kurt Vile, and Michael Chapman (whose most recent studio album he produced). Gunn is known for telling other people's stories, but on his breakthrough fourth album, The Unseen In Between, he explores his own emotional landscapes with his most complex, fully realized songs to date.

Laura says: Steve Gunn’s talents as a guitarist are well known, whether it be the American primitive finger picking style of his early work, as a member of Kurt Vile’s Violators or from any number of collaborations over the years, but on this album it’s as much about the songs as the guitar. His songwriting conjures vivid images while at the same time leaving space for your imagination to fill the gaps. This is beautifully exemplified on “Vagabond” on which he duets with Espers’ Meg Baird and “Stonehurst Cowboy” a tribute to his father and his generation who grew up in the shadow of Vietnam. And the guitars! Did I mention the guitars? Whether it’s the gentle acoustics of “New Moon” or the hypnotic looping riffs of “New Familiar” and “Morning Is Mended”, they are truly mesmerizing. A wonderfully understated record that’s already worked its way into my all time favourites.