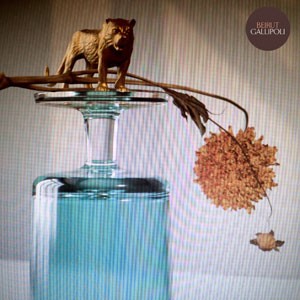 Gallipoli, Beirut’s fifth album, started life when Zach Condon returned to his old Farfisa organ, the same one he used to write his first two albums, Gulag Orkestar (2006) and The Flying Club Cup (2007). After stints writing and recording in both New York and Berlin, with time for Zach to recover from a broken arm factored in, band plus producer Gabe Wax (Speedy Ortiz, Soccer Mommy, Adrianne Lenker / Big Thief) headed to Puglia in Italy to finish the album.

With the remote rural setting “the right amount of isolated”, an intense month of 12 to 16-hour days in the studio with day trips around the coastline followed. Inspired by the surroundings, Gallipoli is unintentionally more visceral than Beirut’s more recent albums, alive with an energy that is further enhanced by every creak and groan of their instruments, every detuned note, and all amp buzz and technical malfunction being left in the cracks of the songs.

Barry says: There's always been something mesmerising about Beirut, their exotic choice of rhythms and instrumentation coalescing with their minimal songwriting style and almost ethereal vocal projection. You'll be delighted to know that this one is every bit the excellent follow-up to 2015's 'No No No', and (thankfully) a little longer. Superb stuff.