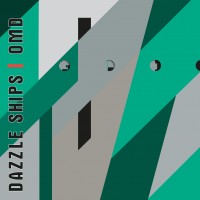 To kick off the start of a year-long 40th anniversary campaign, we are reissuing four of OMD's albums on 180g vinyl. They will all be half speed mastered by Miles Showell at Abbey Road and housed in original packaging.

Released in 1983, Dazzle Ships is the band's third studio album which reached #5 in the UK chart and features singles 'Genetic Engineering' and 'Telegraph'.

Orchestral Manouvres In The DarkOrganisation