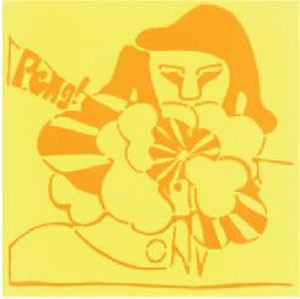 Often noted as being one of the most influential and original bands of the 90s, Stereolab were formed by Tim Gane and Laetitia Sadier in London in 1990 and released 13 studio albums, 15 EPs and numerous singles. Simon Reynolds commented in Rolling Stone that the group’s early records form “an endlessly seductive body of work that sounds always the same, always different.”

Theirs is a rich, overflowing palette, readily able to blur the gulf between Os Mutantes and the BBC Radiophonic Orchestra; merge Krzysztof Komeda with the Velvet Underground, Francoise Hardy with Neu! and Burt Bacharach with Esquivel. A deluxe blend, in other words, with ingredients plucked assiduously from pop’s coolest outposts: 50’s lounge, Rive Gauche chanson, Brazilian tropicalia, North American art rock, East European film music, Krautrock. hi-fi test recordings, mood music and more. Somehow they distil these apparently incongruent components into an ageless exotica that is all their own.