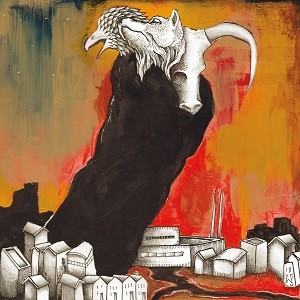 Goshen Electric Co. happened both all at once and gradually: an electrifying culmination of Tim Showalter’s nearly two decades long love affair with Jason Molina’s craft and just one half-day in the recording studio with the members of Magnolia Electric Co. Ring The Bell, recorded in one take, roars in with a twinge of psychedelia, thrumming with vibe; Showalter’s wail recalls Molina’s sombre, choir-boy croon but roughened with sandpaper. The prophetic, dystopian darkness of ‘The Gray Tower’ captures the original soaring chorus and delicate melody with the power of a full band. Decades later, the intense, unflinching urgency of Molina’s songwriting endures. “There was such an intimate relationship with his music - it felt a lot deeper than just liking a song,” says Showalter. “You live in these songs.”

The Gray Tower
Ring The Bell