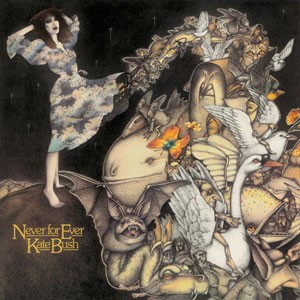 The legendary and unimitable Kate Bush is proud to announce the breakout release of some of her most Iconic early work as part of her massively anticipated 2018 reissue campaign. This includes the breakout re-release of her third studio album, the 1980 number one hit ‘Never For Ever’. The iconic album was the first ever album by a British female solo artist to top the UK album chart, as well as being the first album by any female solo artist to enter the chart at number 1, whilst the title includes hits such as ‘Babooshka’ and ‘Breathing’ . The Studio Album has been fully remastered by Kate and James Guthrie.