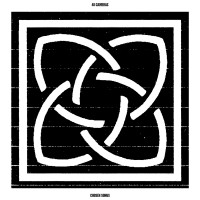 48 Cameras was the brainchild and life project of self-proclaimed non-musician Jean-Marie Mathoul († 04/07/2018), a social worker born and raised in Huy who carefully conducted 48C towards cult status. After hearing an album of William S. Burroughs reciting poetry, J-M decided to put poems and spoken word to music. He was a poet in his own right, having already published a.o. Une cure au cancer (A cure for cancer), a book of poems which at times was wrongly sold alongside medical books. At a literary event in Liège, Belgium, he met UK-based writer Paul Buck (author of the novel The Honeymoon Killers) and the two of them decided to collaborate and thus formed 48 Cameras. The name of the collective references photographer Eadweard Muybridge and a poem by Jim Morrison.

It is important to note that 48C is somewhat of a non-band. The musicians and collaborators never actually recorded together, and to this day some haven’t even met each other. Before starting the recording process, J-M built an album in his mind: choice of album and song titles, who was to collaborate, even the artwork was clear long before the first note was played, leaving little room for surprises. All of this was carefully collected in decently structured Atoma notebooks full of polaroids, annotations and cut-out photos of paintings and advertisements of cigarettes. An avid smoker himself (as long time collaborator Calo recalls: ‘sometimes he was smoking three cigarettes at a time, he’d forget he had already lit one or two’), the notebook papers slowly transformed into nicotine colored archives of a project that often feels like the musical masterpiece of a recluse puppet master, overviewing and directing things from his attic home studio, aptly referred to as “the Observatory”.

Throughout the years collaborators sent their parts by snail mail on tape, DAT or even MiniDisc, and with the arrival of the internet some began to upload their contributions. Never, however, was the collective present together in the attic studio.

Patrick says: Stroom keep it esoteric, ambient and kinda cryptic with their latest archival offering, welcoming us into the ethereal plane inhabited by Jean-Marie Mathoul and his revolving band of collaborators. As we drift through the LP, the sounds form into an uncanny dreamscape where otherwordly sounds sit beneath spoken poetry.