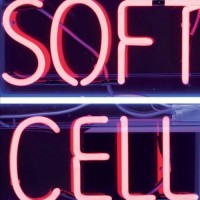 Soft Cell have released their first new song in 15 years, Northern Lights!
The catchy synthpop track – described by the band’s singer, Marc Almond, as “a celebration of our roots in northern soul” – comes as the duo get ready for a farewell concert at the O2 Arena, London, on 30 September.

'Paying tribute to the Northern Soul scene which had such a pivotal influence on British electronica’s most influential and fascinating band, ‘Northern Lights’ is the brand-new single from Soft Cell – their first since 2002. Available as a limited edition 7" single with their second new release 'Guilty (Cos I Say You Are).