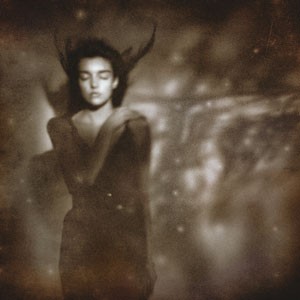 This Mortal Coil was the given name of a strictly-studio project that spawned three albums, conceived and produced by one-time 4AD founder Ivo Watts-Russell.

This Mortal Coil’s debut album It’ll End In Tears (1984) forged the template; helping to crystallise 4AD’s emerging signature sound whilst shining a light on some of their stable with Cocteau Twins, Colourbox, Dead Can Dance and The Wolfgang Press all involved. The line-up was completed by arranger Martin McCarrick, violinist Gini Ball, Howard Devoto of Buzzcocks / Magazine fame and Cindytalk’s Gordon Sharp.

Pitchfork recently named it one of the best Dream Pop albums ever, a moment which “catalysed 4AD’s ascendance from the stilted poetics of goth rock to the kings of gauzy transcendence.”

B1. Another Day
B2. Waves Become Wings
B3. Barramundi
B4. Dreams Made Flesh
B5. Not Me
B6. A Single Wish