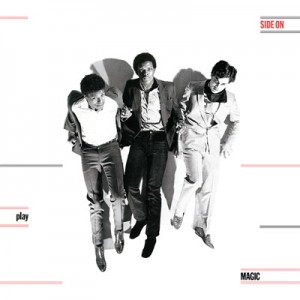 A certified UK boogie bomb, originally released in 1982, and coming hot on the heels of the Be With Records Pink Rhythm reissue campaign. Original copies are incredibly hard to come by so grab a copy of this officially licensed, fully remastered, reissue before the 500 copies (for the world) find their forever homes.

Side On were a one-off UK soul dream team, consisting of Peter Maas (Freeez/Pink Rhythm bassist), Everton McCalla (Freeez/Light Of The World/Potion) and the legendary Rick Clarke (Potion).

David says: Hoowee it's getting hot in here, did someone put the heating on? No? Then it must be the fire that is Side On's 'Magic'playing in the shop. The ace, Beggars, Brit Funk classic, lovingly restored just for you, you lucky LUCKY people.