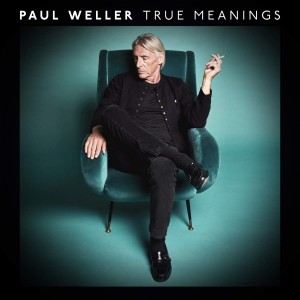 Paul Weller releases his fourteenth solo album in September, the twenty sixth studio album of his entire career. ‘True Meanings’ is a record unlike any he has ever made before. It is not “a departure”, in the sense that soul bearing, melancholic songs have always been an important part of what he does: from ‘English Rose’, to ‘Brand New Start’, right up to ‘The Ballad Of Jimmy McCabe’ from last year’s ‘Jawbone’ soundtrack. But never, ever before has he allowed himself an entire album to exhibit this side of his song-writing, or presented them quite like this.

‘True Meanings’ is an album characterised by grandiose-yet-delicate, lush orchestration: an aesthetic to which Paul’s better-than-ever voice, singing some of his most nakedly honest words, is perfectly suited. It is both an album that a lot of his faithful audience have been wanting him to make for a long time, and an album that many new people outside of that audience will relate to.