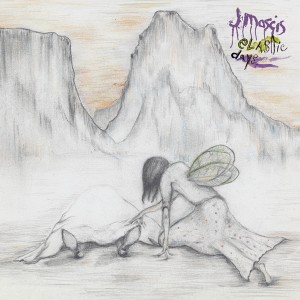 Near the end of Reagan's first term, the Western Massachusetts Hardcore scene coughed up an insanely shaped chunk called Dinosaur. Comprised of WMHC vets, the trio was a miasmic tornado of guitar noise, bad attitude and near-subliminal pop-based-shape-shifting. Through their existence, Dinosaur (amended to Dinosaur Jr. for legal reasons) defined a very specific, very aggressive set of oblique song-based responses to what was going on. Their one constant was the scalp-fryingly loud guitar and deeply buried vocals of J Mascis.

A couple of years before they ended their reign, J cut a solo album called Martin + Me. Recorded live and acoustic, the record allowed the bones of J's songs to be totally visible for the first time. Fans were surprised to hear how melodically elegant these compositions were, even if J still seemed interested in swallowing some of the words that most folks would have sung. Since then, through the reformation of the original Dinosaur Jr lineup in 2005, J has recorded solo albums now and then. And those album, Sings + Chant for AMMA (2005), Several Shades of Why (2011) and Tied to a Star (2014) had all delivered incredible sets of songs presented with a minimum of bombast and a surfeit of cool. Like its predecessors, Elastic Days was recorded at J's own Bisquiteen studio. Mascis does almost all his own stunts, although Ken Miauri (who also appeared on Tied to a Star) plays keyboards and there are a few guest vocal spots. These include old mates Pall Jenkins (Black Heart Procession), and Mark Mulcahy (Miracle Legion, etc.), as well as the newly added voice of Zoë Randell (Luluc)  among others. But the show is mostly J's and J's alone. He laughs when I tell him I'm surprised by how melodic his vocals seem to have gotten. Asked if that was intentional, he says, “No. I took some singing lessons and do vocal warm-ups now, but that was mostly just to keep from blowing out my vocal cords when Dino started touring again. The biggest difference with this record might have to do with the drums. I'd just got a new drum set I was really excited about. I don't have too many drum outlets at the moment, so I played a lot more drums than I'd originally planned. I just kept playing. [laughs] I'd play the acoustic guitar parts then head right to the drums.”

There is plenty of drumming on the dozen songs on Elastic Days. But for those expecting the hallucinatory overload of Dinosaur Jr's live attack, the gentleness of the approach here will draw easy comparisons to Neil Young's binary approach to working solo versus working with Crazy Horse. This is a lazy man's shorthand, but it still rings true. Elastic Days brims with great moments. Epic hooks that snare you in surprisingly subtle ways, guitar textures that slide against each other like old lovers, and structures that range from a neo-power-ballad (“Web So Dense”) to jazzily-canted West Coasty post-psych (“Give It Off”) to a track that subliminally recalls the keyboard approach of Scott Thurston-era Stooges (“Drop Me”). The album plays out with a combination of holism and variety that is certain to set many brains ablaze. J says he'll be taking this album on the road later in the year. He'll be playing by himself, but unlike other solo tours he says he'll be standing up this time. “I used to just sit down and build a little fort around myself -- amps, music stands, drinks stands, all that stuff. But I just realized it sounds better if the amps are higher up because I'm so used to playing with stacks. So I'll stand this time.” I ask if it's not pretty weird to stand alone on a big stage. “Yeah,” he says. “But it's weird sitting down too.” Ha. Good point. One needs to be elastic. In all things. - Byron Coley

Barry says: One of the more tender outings from J Mascis of Dinosaur Jr fame, 'Elastic Days' beautifully encompasses a wide variety of J Mascis' leanings including folk, Americana and classic rock to brilliant effect. Heart-wrenching in places but ultimately optimistic, this is yet another display of how versatile and talented this man is. Superb.