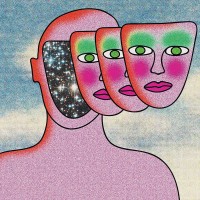 JEFF The Brotherhood is an art project started by brothers Jake and Jamin Orrall in 2002 in a basement in Nashville, TN.

Their musical works are influenced by many types of music including krautrock, jazz, black metal, and the avant garde. Over the last decade their art has taken them all over the world including Hawaii, New Zealand and Russia. Their latest offering “Magick Songs” is a music album that marks a departure from previous styles the group has worked in.