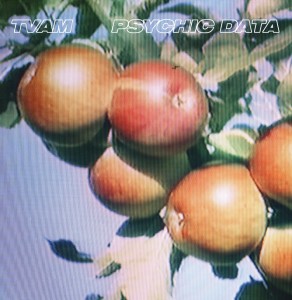 Joe Oxley is the self-styled one-man electro / psych machine behind TVAM - arguably producing the biggest dancefloor action Wigan has seen since the legendary Casino closed its doors in the 1970’s . As 6Music’s Lauren Laverne observed “It’s like someone took Spiritualized to the club!!”

TVAM gigs blur the boundary between art and performance; via a large television sat on an 80’s secondary school-style podium, a VHS video recorder projects long-forgotten Mondo movies alongside vintage footage often sourced from hours spent poring through charity shop shelves – “What started as a passing interest became an obsession. I found so many seemingly random videos, each with its own individual meaning, now estranged from their owners. Did these people ever take up calisthenics? Did they install a model railway in their spare bedroom? Did they learn to communicate more effectively with their teenage children? Did they find something in those high-speed rally crash videos unseen by us today..?

I love the process of chopping things up and splicing back together; creating new meaning out of thin air. Combining this with the music I was making, I knew the performance had to fit. Somewhere between Adam Curtis and BBC Schools… somewhere between ‘Threads' and ‘Words & Pictures’.”

Self-produced and home-recorded, the album was mixed by the steady hands of Dean Honer (Moonlandingz, I Monster, Add (N) To X) - “It was great working with Dean. I’m a massive Add N To (X) fan and, after hearing what he was doing with Moonlandingz, I knew he’d get where I was coming from. Though having seen his collection of synths I now need to up my game.”

TVAM has remixed Amber Arcades, The KVB, TOY, FEWS and is currently putting fin-ishing touches to a remix for Tunng (who are returning the favour, watch this space…)

Crafting a world which touches on our memories but toys with our fears, a world in which information seeps under your door and pools by your feet, a world in which he seeks to define everything from abandoned meanings to subconscious desires, Psychic Data invites us to experience the psychodrama first hand.