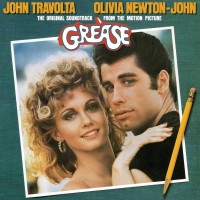 “GREASE” - THE ORIGINAL SOUNDTRACK FROM THE MOTION PICTURE celebrates its 40th anniversary with a very special vinyl release over two 180g LPs.

Mastered from the original tapes and cut at Half-Speed for a superior sound - tracks such as the Academy Award Nominated ‘Hopelessly Devoted To You’ and All Time Top 20 Best Selling Singles ‘You’re The One That I Want’ and ‘Summer Nights’ will once again be available in vinyl format along with the original artwork not fully replicated since released 40 years ago.