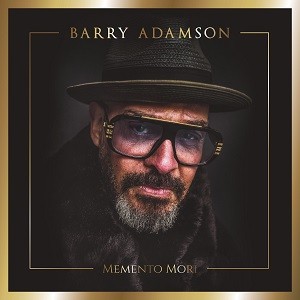 Memento Mori charts Adamson’s career from 1978’s Magazine track, ‘Parade’ (co-written by Adamson, from their debut album Real Life), to his work as founding member, alongside Nick Cave, of the Bad Seeds (‘From Her To Eternity’, co-written by Adamson); through his nine solo albums, from 1988’s Moss Side Story to the latest Love Sick Dick EPs, bringing everything up to date with a brand new unreleased track, ‘The Hummingbird’.

Laura says: When people talk about Manchester music legends, Barry Adamson barely gets a mention, but as this compilation demonstrates, he's been responsible for some of the most incredible, genre-bending music to come out of Manchester in the last 30 years, blending post-punk, jazz, blues, soundtracks, and everything in between in his own inimitable way. Stand out tracks include "The Man With The Golden Arm" from the briliantly noir-ish "Moss Side Story" and "Set The Controls For The Heart Of The Pelvis" from 1996's "Oedipus Schmoedipus" featuring Jarvis Cocker on vocals, along with "Parade" by Magazine and "From Her To Eternity" from his days as a Bad Seed.