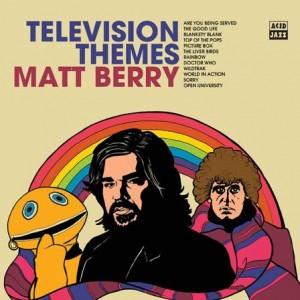 BAFTA award winning actor Matt Berry looks to his formative years in this fascinating and unique take on the TV themes that have influenced and inspired him in his life.

Recorded in his brand new studio with his regular band The Maypoles, Matt tackles eleven classic themes including well known titles such as Are You Being Served, Rainbow, The Liver Birds & The Good Life alongside some less obvious choices such as Picture Box, Wildtrak & World In Action.

Barry says: Quite often, I find myself sitting in front of the tele, watching some TV classics and wondering how good this theme would be if it was covered by Steven Toast. Turns out that as ridiculous as it sounds, it's actually REALLY good. A little odd, perhaps but the combination of Berry & The Maypoles' ear for melody along with the classic and unmistakeable collection of tunes here, we have a definite win.