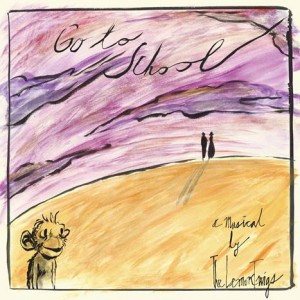 The Lemon Twigs emerged in 2016 with their debut LP, Do Hollywood, which was praised by Rolling Stone for its “toting hooky songs that stand out for their intricate arrangements and delectable melodies” and NPR Music who mused, “like listening to music from a time that never was…a baroque rock romp.”

Their second album, Go To School is their most ambitious work yet; a conceptual musical, conceived by brothers Brian and Michael D’Addario, which tells a heartbreaking coming of age story of Shane, a pure of heart chimpanzee raised as a human boy as he comes to terms with the obstacles of life. Todd Rundgren and their real-life mother Susan Hall play Shane’s parents. The album also features contributions from Jody Stephens (Big Star), Natalie Mering (Weyes Blood) and their father Ronnie D’Addario.

Barry says: Immediately reminiscent of all your favourite rock greats (you name it, the Lemon Twigs know it), but with a brilliantly innovative sense of pacing and style. Brilliantly mature and eccentrically conceptual, this is a killer LP from a band rising through the ranks quickly. Ace.

Never In My Arms, Always In My Heart
The Student Becomes The Teacher
Rock Dreams
The Lesson
Small Victories
Wonderin' Ways
The Bully
Lonely
Queen Of My School
Never Know
Born Wrong/Heart Song
The Fire
Home Of A Heart (The Woods)
This Is My Tree
If You Give Enough
Go To School

The Lemon TwigsSongs For The General Public