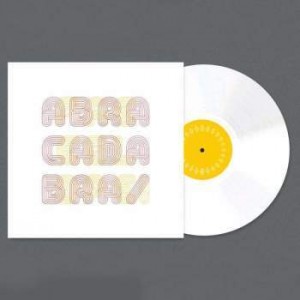 When, last year, Deep Distance released the Free / Slope debut full length “Daydream Melodies”, it came out seemingly from nowhere, with little fanfare. A first release from Swedish musician Daniel Fridlund Brandt with no previous, as they say.

However, the magnificent kosmische collision of Neu! and Harmonia grooves, with added guitar flourishes that tip a nod to Manuel Gottsching with an overall vibe straight outta’ “The Perfect Prescription” era Spacemen, meant it soon sold out it’s pressing in less than a week as word-of-mouth interest built.

So, to use the age old expression “long awaited follow up” more than rings true with LP number two, the equally fabulous “Abracadabra” LP.

As with last year’s record, the new one sees a split label release with Athens’ psych maestros “Sound Effect Records” (and is released with reverse board sleeves and on white wax.)

Another truly lovely record. Beautiful, kraut inspired psychedelia, timeless, momentous and like it’s predecessor, sure to sell out super quick….