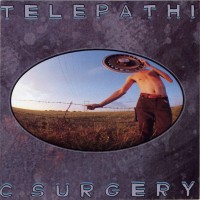 The Flaming Lips are on a roll in 2018. Their campaign continues with the releases of the Restless-era studio albums on vinyl, as well as a double-LP of rarities. All of the music on vinyl has been remastered from original sources by the band’s longtime musical foil and producer, David Fridmann, with help from the Lips’ Wayne Coyne and Michael Ivins, with lacquers cut at Sterling Sound. Additionally, the studio albums – which have been out of print for years – have been restored to their original cover art.

Telepathic Surgery from 1989 includes the Sub Pop single “Drug Machine In Heaven” which was the band’s first official single.