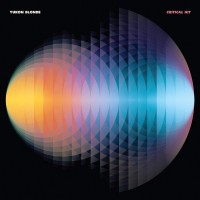 After the last show of their final European Tour, in support of their 2015 Album, 'On Blonde,' Yukon Blonde were not ready to come home to Canada - So they didn't. Instead, front man Jeff Innes relocated to Madrid, Spain; to be joined by his band mates over the following months. "Critical Hit" is Yukon Blonde's first album to be released following this period and the songs were written in the gardens of the El Retiro, over beers and tapas at Restaraunte Padron, in a one room apartment on San Bernardo, Malasana, and from a haunted 16th century farm house in Andalusia, overlooking North Africa.

After coming back to Canada the band retreated to their home on the West Coast, and their studio on Galiano Island; an island of less than 1000 people off the coast of British Columbia. It was here that the band began piecing the last two years back together and started the recording process. The album was completed with Thom Darcy at Taurus Recording, Toronto, Steve Bays at Tugboat Studios, Vancouver, and mixed by Tony Hoffer.