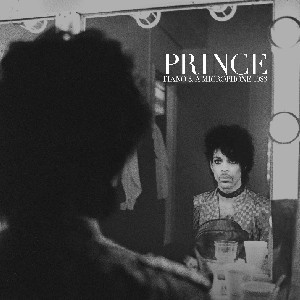 This raw, intimate recording, which took place at the start of Prince’s career right before he achieved international stardom, is similar in format to the Piano & A Microphone Tour that he ended his career with in 2016. The nine track, 35-minute album features a previously unreleased home studio cassette recording of Prince at his piano captured in 1983.

The private rehearsal provides a rare, intimate glimpse into Prince’s creative process as he worked through songs which include “17 Days” and “Purple Rain” (neither of which would be released until 1984), a cover of Joni Mitchell’s “A Case Of You”, “Strange Relationship” (not released until 1987 on his critically acclaimed Sign O’ The Times album), and “International Lover”.

The album also includes a rare recording of the 19th Century spiritual “Mary Don’t You Weep” which was used to spine-tingling effect during the end credits of Spike Lee’s BlacKkKlansman in theatres August 2018.

Patrick says: There's never really been any doubt about Prince's genius, but this previously unreleased set sees the Purple legend sweep through a handful of his many many classics, along with a couple of stunning covers, arranged/improvised for piano and voice. Intimate, expressive and unfeasibly funky, this is pretty much as good as it gets.