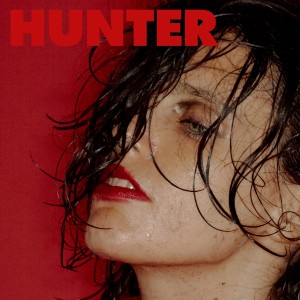 Hunter, the third album from Anna Calvi, is the embodiment of the feeling of truly letting go. For the art-rock singer-songwriter it was a catharsis, and an opportunity to be more truthful than she ever had been been before. Revered in the British music industry since she emerged in 2011 (BRIT Award and twice Mercury Prize nominated), she has teamed up with esteemed producer Nick Launay (Nick Cave, Grinderman), Adrian Utley (Portishead) and Martyn Casey (The Bad Seeds) to bring this galvanising record to life.

Hunter is an album of visceral guitars and vocals, exploring sexualityand breaking the laws of gender conformity. Passionate subject matter calls for passionate delivery, and on Hunter, Calvi pushes the limits of her guitar and her voice beyond anything she’s recorded before. It was important to Calvi that the record was as vulnerable as it is strong; as beautiful as it is ugly. To be the hunter and the hunted.

Barry says: Calvi is at once arresting and mesmerising, mixing evocative gothic symphonics and soaring melodic waves with a brittle undercurrent, flipping from shimmering synth pop to dark bubbling ambient in the blink of an eye. As immediately appreciable musically as it is conceptually exceptional.