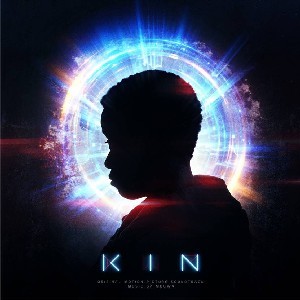 Mogwai's first venture into the world of the feature film soundtracks is for the upcoming KIN (directed by the producers that bought you Stranger Things and Arrival, Jonathan and Josh Baker and in cinemas 31st August 2018).

Expect classic mogwai tensions, twinkling synthesisers and tenderly interwoven guitar lines. Ambient washes spring forth from slowly building atmospherics and fall again into rumbles of activity. Yet another perfectly measured outing from the masters of post-rock.

Darryl says: The first venture into the world of the feature film soundtracks from famously brilliant instrumental(ish) rockers Mogwai, bringing together both the brittle, minimalist atmospherics and earth-shaking euphoric rock they've become so known for. A beautiful counterpoint to ‘Atomic’s tentative (but equally beautiful) malaise.