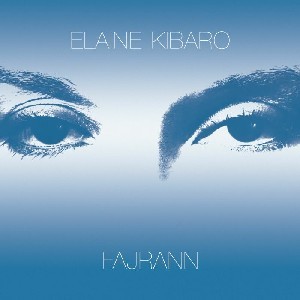 Emotional Rescue returns to the music of Elaine Kibaro with a special 7" single to accompany the Pour L'Amour album collection (ERC066). Here then are two bonus versions of songs from the LP with a unique Arabic recording of her "hit" Aurore and also, the previously unreleased on vinyl instrumental version of her balearic / boogie jam, Ne Doute Pas.

Having moved from Tunisia to France at the age of 13, Kibaro's duel sensibility has long been apparent in her music and performance. The early success of her debut 7" De L'autre Cote Du Miroir in 1977, was soon followed by her most 'successful' song in Aurore, first released as a 7" in 1978, before appearing again as 9 minute extended version on the 1979 Miroirs LP.

In the same year she recorded a special 7" single on the little known World Music label. Singing the lyrics in Arabic - renamed here to its true translation - much else remained the same. The music of the original, the spoken intro soon gives way to what is essentially a leftfield disco groove, with building strings, funky bass and some late archetypal 70s Euro drumming. Atop this the vocals are delivered in Kibaro's ubiquitous chanson delivery, her heartfelt singing, the congos breakdown and then chorus, as the songs builds, all lead to head-nodding smiles all round.

With this is Ne Doute Pas. A stand out from Pour L'Amour, the vocal version appeared in 1989 as a single and on the now sought after, Kiroel album. This instrumental simply let's the music shine. A Linn rise and fall bassline, soft, layered keys and mode horns are run and rerun in a catchy, incessant flow like a PWL demo. The 10 years between the 2 tracks is apparent in the instrumentation but the link between the two - Kibaro herself - is clear and worth enjoying for that