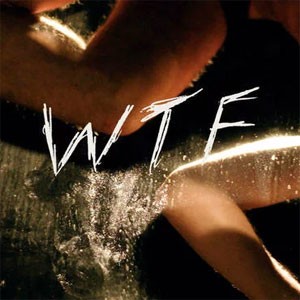 With recording on their third album almost complete, the band have decided it’s time for one final look back at last year’s album ‘Condition’, which was acclaimed at the time of release, but largely forgotten about by the end of a year which saw some major changes in the band, with frontman Joe Hatt relocating to Berlin and long-time producer Dominic Mitchison joining on bass.

The EP pairs one of the highlights of ‘Condition’ – ‘Welcoming The Flowers’ (the video for which was premiered on The Line Of Best Fit recently) – with remixes of other album tracks by the likes of Metrist, who melts ‘Dissolve’ in an acid bath of broken techno; Elvin Brandhi (aka one half of Yeah You) and Mun Sing (aka one half of Giant Swan) who turn ‘End Waltz’ into, respectively, a glitchy explosion of sound and a tribal industrial monster (which was premiered last week on Mixmag); finally French Margot and Silver Waves place a noose of ethereal beauty and bloody-minded sonic terrorism around ‘Neck’.

It’s not just the music that comes as a shock to the senses: the packaging of the limited-edition 12” (250 copies only) is, quite literally, a car crash in a bag. It’s pressed on what we’re calling “windscreen coloured” vinyl and comes wrapped in a sleeve covered with tyre marks; inside, alongside the familiar digital download card, you will find an air freshener and a lyric sheet in a child’s handwriting, as you might find near the scene of an accident.