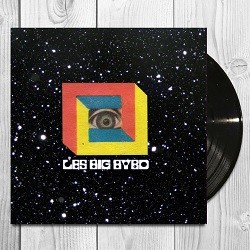 Swedish psych quartet Les Big Byrd (featuring members of Caesars, Fireside, Teddybears, Viagra Boys etc) are back with the follow-up to last year’s soldout “Two Man Gang” single, one of the biggest hits in their native Sweden. An early teaser to their upcoming second album the “A Little More Numb” single is released via Stockholm label PNKSLM Recordings and showcases a sound somewhere in-between the pop-leaning “Two Man Gang” and the band’s previous kraut-y psych rock, with a guest performance by Pete Kember aka Sonic Boom of Spacemen 3 on the A-side. The B-side is an exclusive cover of The Lemon Drops’ Nuggest classic “I Live In The Springtime”.