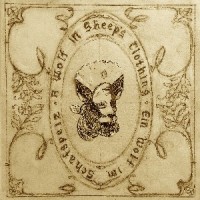 ‘A Wolf In Sheep’s Clothing’ (2006) is an unusual album, first because it does things with classical music that aren’t usually done. The songs Josephine Foster sings here are classical pieces, written (the texts are German poems) by some of the greatest German composers of the 19th century, Franz Schubert, Robert Schumann, Johannes Brahms, and Hugo Wolf. “Foster has found perhaps the most appropriate vehicle yet for her singular and affecting talents – 19th century German art-songs, wholly reconstructed here via Foster’s skeletal arrangements of voice and guitar” Pitchfork. Remastered and repackaged with new artwork