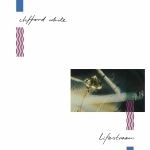 The spiritual and uplifting music of Clifford White is highlighted with two of his most sought after songs, taken from his 1989 album The Lifespring, and presented here in a special extended 12" for the first time. Starting in music production at just 15, White could be described as a protegee, however his take is that they were part of a music journey that continues today. With a centre found in electronic music and spirituality, his progress, from simple home use 4-track stereo to working in professional 16-tracks studios was swift, but matched by a deeper appreciation, greater confidence and wider palette of music styles. Utilising his love of early samplers, his first use of the Akai S612 to accompany and expand his keyboard recordings saw continued development from his debut album at just 17 with Ascension (1985), to the follow up Spring Fantasy (1987) and on to The Lifespring (1989). A small review in the local paper literally led to a knock at the door and offer of a deal from the Start (State Of The Art ) label to record his next album. With a subsequent advance, professional studio equipment was hired and out of these sessions his sound expanded to include ambient, orchestral, synth pop and even ballads. From this both Lifestream and Rain Trek emerged. With a love of Jean Michel Jarre's Oxygene in mind, Lifestream's smooth beginning soon gives way to the pulse of an arpeggio driven groove. Aiming for "relaxation with an edge", the track has become a secret play for the more Balearic minded DJ in the decades since and now sees the LP trade for dizzying sums. However, the original is achingly brief, gracefully fading as part of the album's journey. Here though, with DJs and collectors in mind, White returns to the song to craft a specially extended version that completes the song and will be appreciated at sunsets across the globe. Seeking to take the music and listener to another place, Rain Trek took White's interest in Sci-Fi and the mystic powers of water to a rightful conclusion. The healing nature of his music is apparent, the mystery, yearning and travelling, all emotions evident, but with a kick that will grace the more enlightened dance.

Patrick says: Divine dreamy electronics here, Emotionally Rescued from 1989. These two rare cuts combine all the best bits of Cosmic, Balearic and New Age into the kind of ethereal dance music you got from Dancing Fantasy or “Rainforest” era Hardcastle.