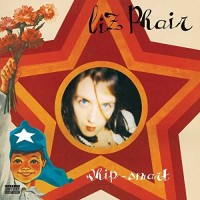 On the 8th June, for the first time since their original release, three of Liz Phair’s definitive albums will be available on 180 gram vinyl. Whitechocolatespaceegg and Whip-Smart will be reissued in their original formats, along with Liz Phair self-titled making it’s vinyl debut.

Known for her smart, candid, and often overtly provocative lyrics, the American singer-songwriter broke through as an indie rock icon in the 1990s with the release of her first studio album, Exile In Guyville.

The Twilight SadIt Won't Be Like This All The Time