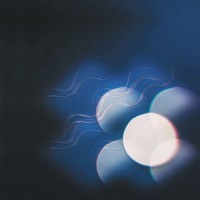 Following his last outing, 2016’s acclaimed Skip A Sinking Stone, Lee marks his return with a patient and prismatic collection of songs accrued over the past two years.

Lee — who grew up in Ohio and is currently based in New York — has crafted pop experiments for almost a decade, blending orchestral instrumentation and ambient electronic sounds. His new album features an array of friends and many returning collaborators.

He has also confirmed an all-too-rare solo UK show - playing London’s The Lexington this week (May 24th).

Commenting on New History, one of the two first tracks to be taken from the album, which features vocals from Johanne Swanson (of Yohuna), he says:

“I think people in power benefit greatly from a general lack of historic memory in the US. I’ve been wondering if the first step to imagining a more just world is to study our history better, not just the linear revisionist one that is oft-repeated but all the unsung champions of equal rights as well as the acts of unthinkable cruelty that humans are also capable of.”

New History is the album’s truest folk song, with twangy harmonica and slide guitar. Its inspiration came to him while spending time in the economically depressed area of Ohio where his parents grew up.

The other song shared today, Storm Cellar Heart, is an ode to taking shelter and the fraught impulse to hide from the loudness of the outside world. It’s more of a long question than an answer: “Is it storms that help make the heart grow?”

Says Lee: “Writing this provided a reminder that while moments of recharging are important, I didn’t want to get too entrenched in escapism instead of the messiness of living.”

It was whilst sitting through a huge storm in rural New England that Jordan found himself becoming transfixed by the time in between the lightning and thunder – “The silence thick with inevitability”, he notes, before continuing that, “While I was writing the record, everywhere I looked, I saw massive societal strain on both people and the environment, and began to wonder if this is the lightning before some thunderous change. If we are living in that in-between time.”