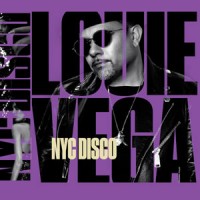 Louie’s connection with Nervous Records and it’s father / son founders Sam and Michael Weiss goes back to the label’s very early years, as Masters At Work gave the label some of its earliest hits along with its signature release “The Nervous Track” by Nuyorican Soul. Louie was always aware of the many disco hits that had been released by Sam on his Sam Records label back in the 70’s and 80’s. But it was not until recently that Louie suggested Michael send him the 24 inch multi-track masters of seminal Sam Records disco classics like Gary’s Gang “Keep On Dancing,” John Davis & The Monster Orchestra “I Can’t Stop,” Convertion “Let’s Do It,” Vicky D “This Beat Is Mine,” as well as several others.

The multi-tracks are a treasure-trove, including musical contributions from some of disco era’s finest musicians and engineers. Going through the various percussion, horn and string tracks inspired Louie to create a series of remixes that became dancefloor anthems that topped the Traxsource and Beatport charts and reverberated on dancefloors worldwide. That response, and the common drive that Louie and Michael both share to constantly promote quality music that is both song and rhythm based, inspired them to take this endeavor a step further, and to create brand new songs. When Louie’s creative energies start flowing, his team knows to rise to the occasion, and so the fruits of said labour are here for us all to enjoy!

Sil says: Second record this week of modern disco collaborations from acclaimed house legend Louie Vega. There's some big names and even bigger tracks on this installment, so expect some... big things!